My father-in-law, Rev. Bartel Elshout, explains the objective of his recent book Christ’s Portrait of the Christian: An Exposition of the Beatitudes. He says:

My book Christ’s Portrait of the Christian examines and expounds the remarkable introduction of the Sermon on the Mount, commonly referred to as The Beatitudes. They are designated as such because they are pronouncements of blessedness. Jesus thus begins His Sermon on the Mount by describing and defining who the citizens of His kingdom are. The ignorance of His audience moved Him to do so. The people of His day had an entirely wrong perception of who the Messiah would be. They were looking for an earthly king, a Messiah who would deliver them from the bondage of the Romans. Yet Jesus had not come to deliver them from the Romans but to deliver His people from their sins (Matt. 1:21). He wanted to teach them immediately that His kingdom is entirely different from any earthly kingdom—it is spiritual and its citizens have spiritual rather than political qualifications.

Jesus therefore proceeds by describing blessedness of the citizens of His kingdom in a way that was so contrary to any common understanding of what constituted blessedness or happiness. Jesus here tells us in dramatically different terms what real blessedness looks like. More than that, He says we cannot consider ourselves blessed or happy unless we match His description of the genuine citizens of His kingdom. In these opening verses, Christ is therefore defining for us the distinguishing traits of a true believer.

In these seven opening beatitudes, Jesus fives us a composite portrait of the Christian, beginning with “Blessed are the poor” and ending with “Blessed are the peacemakers.” This comprehensive portrait (Matt. 5:3–9) is followed by a description of how an ungodly world will respond to the citizens of God’s spiritual kingdom. The ungodly will persecute genuine believers who reflect the character of Christ, and it will revile them and speak all manner of evil about them (Matt. 5:10–12).

It should be noted that the traits of the Christian are set forth by Christ in remarkable arrangement. The recognition of that arrangement is essential for a proper understanding of each of these traits. To use a common analogy, we need to consider what the forest looks like before examining the individual trees. A remarkable structure emerges upon examining the interrelatedness of these beatitudes. Regarding this structure, I wish to posit the premise that the fourth beatitude—the central beatitude of this seven beatitude structure—represents the heart of Christian experience. In chapter four of my book, I endeavor to supply the exegetical support for my premise that the focal point of Christian experience is expressed as hungering and thirsting after righteousness, and being filled with that righteousness.

In the introductory chapter of my book, I therefore first consider this core activity of Christian experience. This is followed by considering the internal disposition of the Christian, found in verses three through five, that results in this hungering and thirsting. I then conclude my exposition by examining the external disposition of the Christian, for he who is filled with the righteousness of which verse six speaks will manifest this by the fruits of his life. We will see, as Scripture says, that such will be merciful, pure in heart, and peacemakers.

Matthew 5:3–9 is the preeminent passage in all of Scripture to teach us what a Christian looks like. It is a flawless verbal portrait drawn by the Living Word Himself. It is not accidental that this portrait consists of seven components, for the biblical number seven is the number of perfection. We may therefore conclude that verses three through nine set before us a perfect portrayal of every believer that ever has lived or will live until Christ returns.

Having said that, however, we need to understand that we cannot simply pick and choose the individual components of this spiritual portrait, saying, “Well, that pertains to me, and perhaps that also pertains to me.” Rather, we need to understand that these seven marks are true at all times and at all seasons in the life of every believer—although not necessarily to the same extent. In some believers we see the features of this portrait more clearly than in others—just as there may be both clear and blurry photographs of a given individual. Yet, when you look at a blurry photograph, you will still be able to determine who is being depicted. This spiritual portrait thus consists of seven components that constitute an organic whole.

We also need to realize that the order in which Christ gives us the components of this portrait is not arbitrary. In other words, we cannot take these seven marks, juggle them, and then present them in just any fashion. Rather, Christ articulates these traits in a very deliberate, precise, and cumulative order: one beatitude presumes the previous one and anticipates the next.

Thus, they who are poor in spirit will mourn, they who mourn will be meek, they who exhibit all three will hunger and thirst after righteousness. Upon being filled with the righteousness they yearn for, they will be merciful, pure in heart, and peacemakers.

The seventh beatitude therefore most appropriately concludes in verse nine: “They shall be called the children of God.” Today we would say that this is the “bottom line.” Jesus is saying, “Those of whom this is true, and thus exhibit all of these marks, they, and they alone, shall be called the children of God.” The Greek word rendered as “children” in verse nine is a word that means “They shall reflect the character of God.” It is as though He is saying, “They will prove themselves to be the sons and daughters of the living God.”

I am hopeful that my book will be helpful in arriving at a biblical understanding and assessment of the Christian’s character and experience.

The book is available through Reformation Heritage Books. 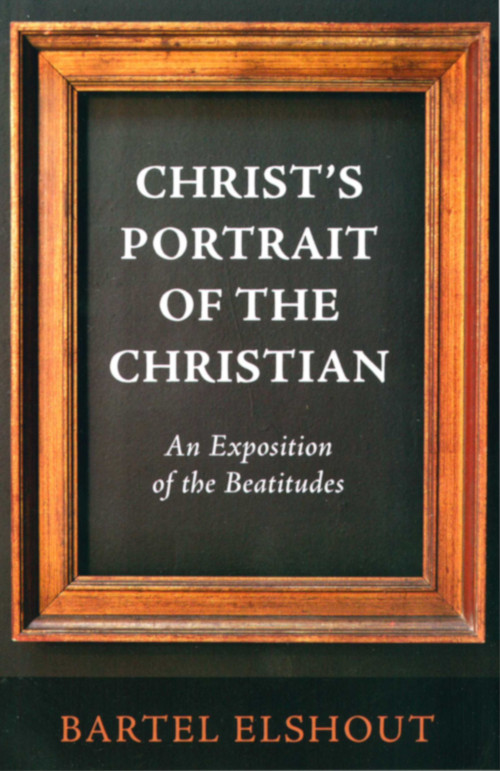